I can't Skype right now I am Blogging

Worth the watch, enjoy.

Mike Arrington over at Techcrunch, broke the news yesterday about a new family tree generating social network of sorts launching. This one is called Geni. Generally I think the world needs another social network like I need a high-colonic in Tijuana but Geni is different, much different.

Naturally a 'beta' Geni launched yesterday with limited bandwidth and resources, hoping to get a few 1000 or so beta customers on day one. Their servers were essentially shut down, and site broken shortly after the Techcrunch post.

A quote from the Geni Blog

As you probably know by now, we've experienced unanticipated and overwhelming levels of interest at Geni, and the site has been slow all day and offline at times. We are in the process of adding several new servers, and performance should improve later today. We'll post a new entry here when everything is up and running. Until then, please be patient, and thanks for your interest in Geni!

But why was Geni so popular?

Geni is a flash based family tree generator, and quite frankly it rocks. This has the potential to be the most viral social network in history. Normally you join a social network and ask a few friends to join that share similar interests, this is where Geni is different. Here you drag and drop (very intuitive) boxes that become your family tree. When you add a relative, you can fill in what you know about them in the profile, and when you add an email to their profile - they are in turn given a password and access to the tree to add additional information.

Most impressively, Geni has a place for Skype usernames in the profile, so if you add one - they use the Skype presence server to display real-time user status. Eventually I imagine you will be able to initiate IM's and group chats with your family - all from Genie. (they are just touching the tip of the iceberg when it comes to what they can do with Skype)

Head over to Geni and check it out - you won't be dissapointed, other than for the fact it is still a bit slow - as I imagine the traffic is still out of control. 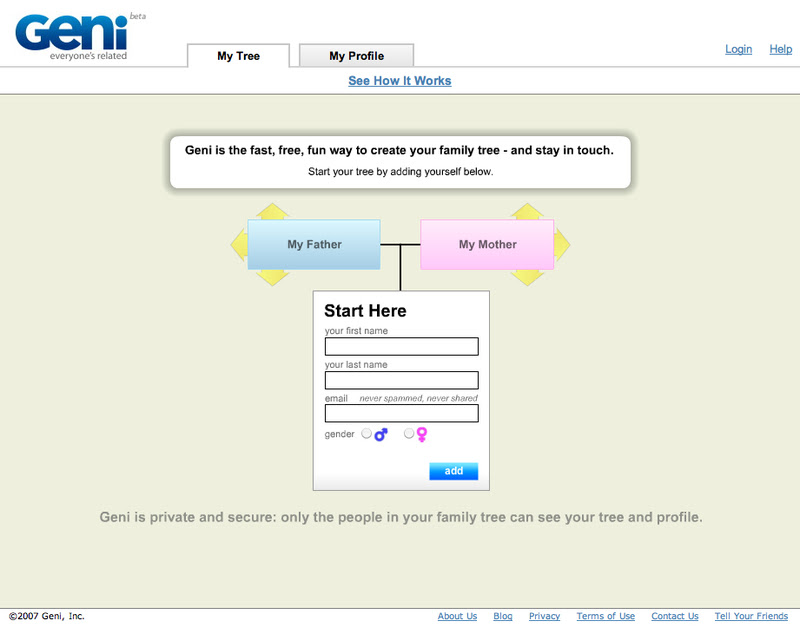 I snapped a few photo's on the hour of down time I had at this years CES. I like the Hummer the best..

Podtech and Seagate, the new Black... 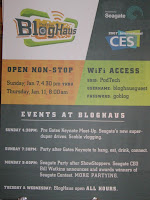 After a horrible night in a 1/2 star hotel and a late flight, a lost wallet in a cab, a beacon of light appeared at this years CES. It is called the Podtech Bloghaus - a mirage of tranquility if you will, in the middle of the desert.

Seagate (my new favorite drive company) and Podtech have sponsored a suite in the Bellagio hotel for bloggers to meet, blog, chat, eat... all on the house. This is a great idea and very appreciated, and really illustrates, how differently CES is being covered this year with respect to media.

The cross section in the room is quite remarkable, there are bloggers, podcasters, video bloggers, all surrounded by mainstream media.


Thanks to Podtech and Seagate for making this happen. 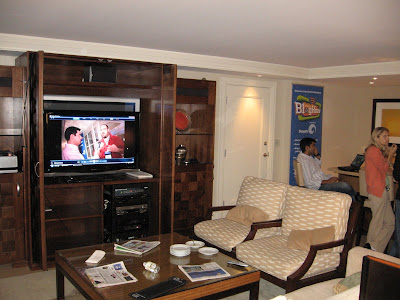 You can see, Phil Wolf of the Skype Journal on the large Plasma being interviewed, real time blogging...
Posted by Andrew at 5:23 p.m. No comments:

I have 2 invites to join the Venice Project beta. The first two people that comment below get one. Leave an email address in a spam proof way along with your first and last name.